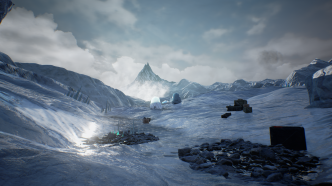 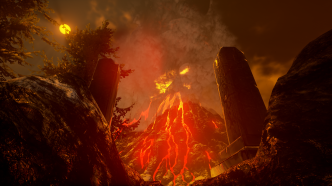 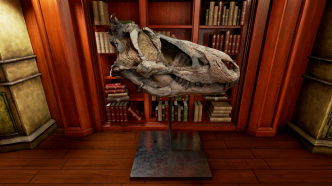 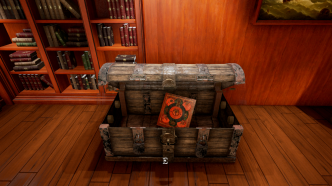 Greetings, here to show you our latest text interview at PcGuru, attached are the layout from the article and the interview (HUN) and the english interview, enjoy 🙂

How came the idea to adapt H.P. Lovecraft’s maybe best novella into a video game?

We always loved and played videogames since childs, and for some time we wanted to make a commercial videogame. At the Mountains of Madness is one of our favorite stories of all time, and also because we think that the story has a lot of potential to become a videogame and nobody had done it yet, at least when we started the development.

At the Mountains of Madness is a survival-horror game with adventure elements – you’ve chosen a genre that is quite convenient when it comes to scaring the player, although Lovecraft’s philosophy stands far from the traditional horror tropes. How do you plan to merge these different approaches together in the final game?

We didn’t try to make a one genre game, our purpose is to adapt the novella into a game by using or mixing some genre’s mechanics as necessary, but you know that in the end you have to tag your game and select and decide a kind of main genre, and we thought those were the most appropiate to define it. You can find Adventure/Survival elements in the game, such as the exploring and your search for items that will allow you to surivive to the Antarctic weather, the game also has a bit of Role-play elements and action moments.

You have a chance to fight back in the game – you have guns. Won’t this ruin the sense of helplessness of Lovecraft’s original work?

Yes you have a Shotgun at the final chapters of the game; it was an addition to make the gameplay more interesting, however there is a Sneak mechanic that will let you finish the game without killing anything. Put it this way: In the novel the main character doesn’t die, but we added the possibility of death to the player for gameplay purposes; you can finish the game without dying (same as the story) or you can die all the time, it does depend on the player choices to advance in the game. The story tells that the Albino penguins weren’t aggressive at first, but later in the story they mention that in fact the penguins were aggressive and they were lucky enough to not get closer to them; so in the game you could avoid the contact with the giant penguins for example, or fight them with your weapons.

How properly will the final game follow the path of the original novella? You obviously had to take some liberties throughout the development process because Lovecraft’s writing is only a telling, a quite one dimensional recalling of certain events that the main character had to go through. But will it have the same spine?

Well i think this depends on who you ask, we can’t say how much properly will the game follow the path of the original novella. Everyone has his own interpretation and imaginations about the story, also we added several influences from first real Antarctic research expeditions that match pretty well the story, but our main task is if you haven’t read the book you could get the story by playing the game, this could be done better or worse but for now we are happy with the results. There are some beta players that when they explain what they lived in the game you can realize that they are telling the story just as the book says, at least the basic stuff for now.

Many developers tried to grab Lovecraft’s essence within their games but failed. If you have to name a feature that helps you to avoid the same suit, which would it be?

Well this could be personal interpretation. I mean maybe i can love a game that you consider a fail, and viceversa. Also the  “Lovecraft Essence” is something very subjective and argueable, it is hard to define a feature that won’t make us fail but we are very committed to finish the game, if that helps 🙂

You use Unreal Engine 4. How come?

Before starting the development we did tried several engines before using UE4 and it was the one that fits our needs better, we wanted a realtime 3D engine with latest features and friendly to new developers, also the Unreal community did help us a lot at some circumstances.

Which games are your main inspiration gameplay-wise? The beta resembles the early Frictional Games library (Penumbra, Amnesia) a bit.

Well there isn’t just one game that we can say for this, but some titles could be Doom, Half life, CoC DCOTE, Gothic…

We did played Penumbra after starting the development of the game when the alpha was already out, because some people told us they were similar in a good way and yeah i can say the game is similar at some aspects; but this was totally a coincidence, maybe is the fact that this is our first commercial game same as Penumbra was for Frictional Games.

There is another Spanish indie game developer called The Game Kitchen, which also made a lovecraftian game: The Last Door. Does Lovecraft’s work has some root within the Spanish indie scene, or is it just a coincidence?

There is also a spanish co-production movie called Dagon, so yeah we can say that there is a bit of influence of Lovecraft here in Spain too.

The game is already playable, you update it quite often, and plan to reach the final stage next year. What’s going to be the most difficult task till then?

The most difficult task will be marketing the game after it’s finished and polished. We are a very small team of 2 people and can’t afford a huge marketing campaign, so we will have to make it pretty much by ourselves and that will take a huge amount of time and work, more if you consider that the thing we do love is to make games, not to market them.

Lovecraft’t works have a great Hungarian translation – you plan to support other languages, how about Hungarian?

Lovecraft seems to vibe more with indies than big studios, the upcoming Call of Cthulhu beingthe only exception since many years. Why are other companies are so afraid to touch this subject?

Probably because all the “only and unique” people that think they own lovecraft and they blame if something doesn’t match with their own interpretation of the story.

Also Lovecraft works are under Public Domain, so for the big companies or great investors there is a high risk, usually they go for some project with their own Intelectual Property.

If the At the Mountains of Madness become a hit, what do you do next?

Thank you for your time and good luck for the game!

Thanks to you for your time and interest, best regards ❤

View all posts by mountainsgame